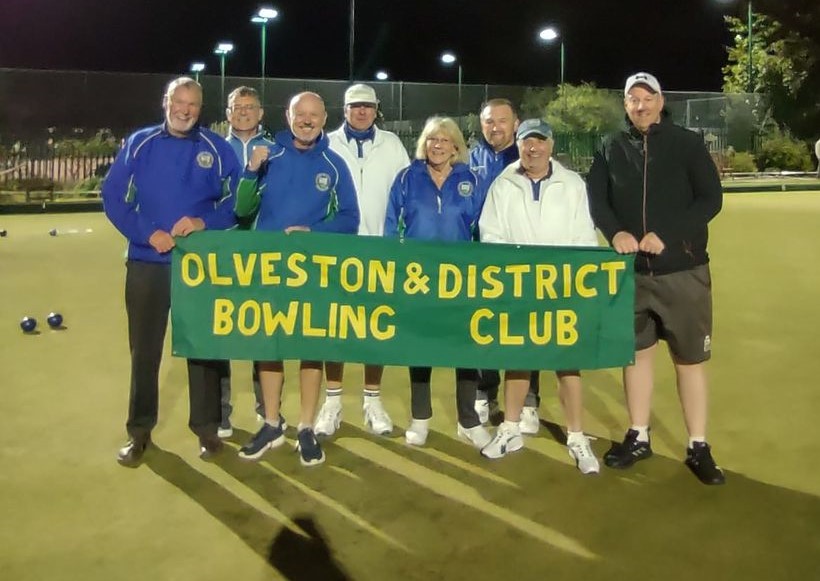 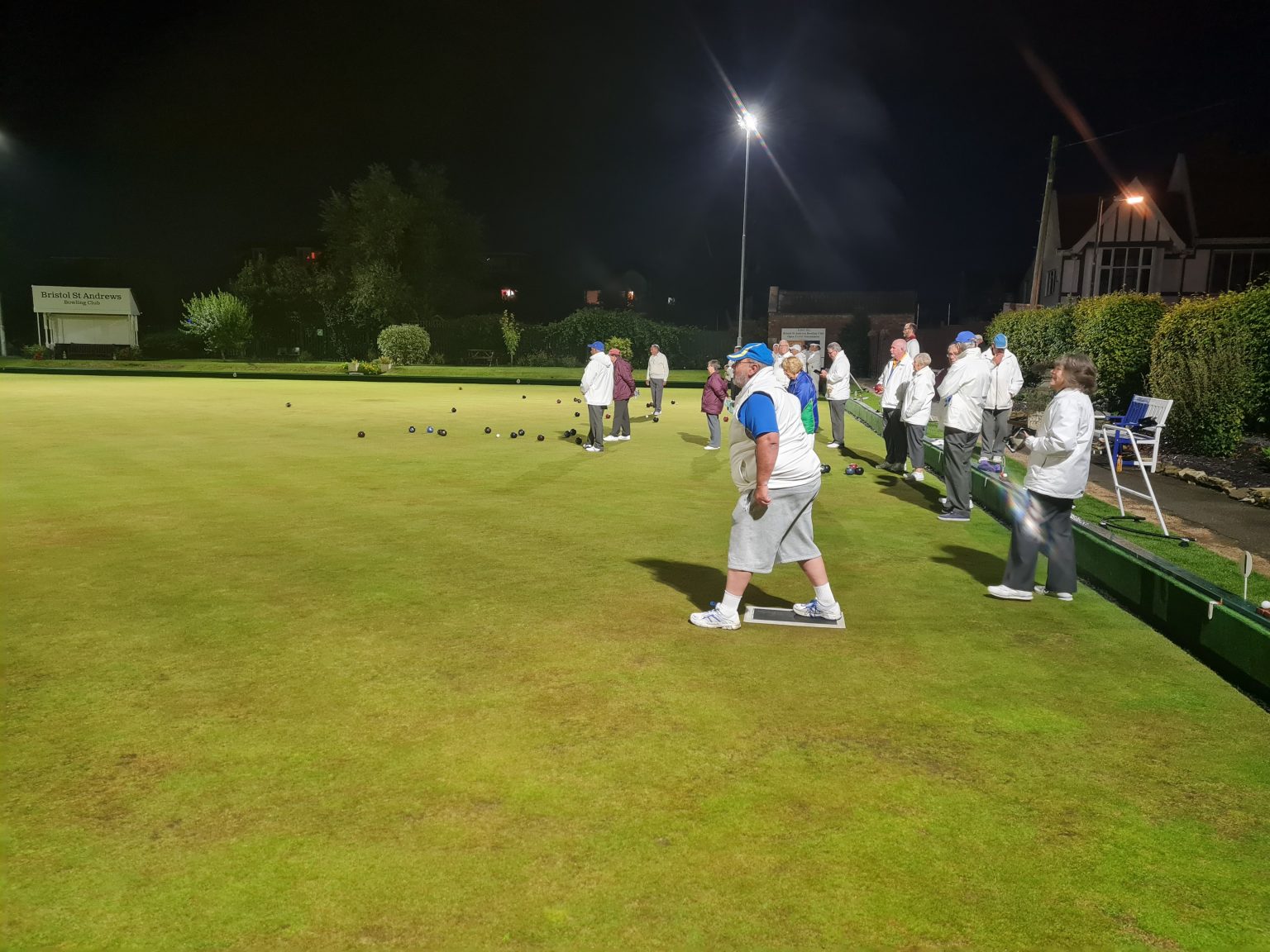 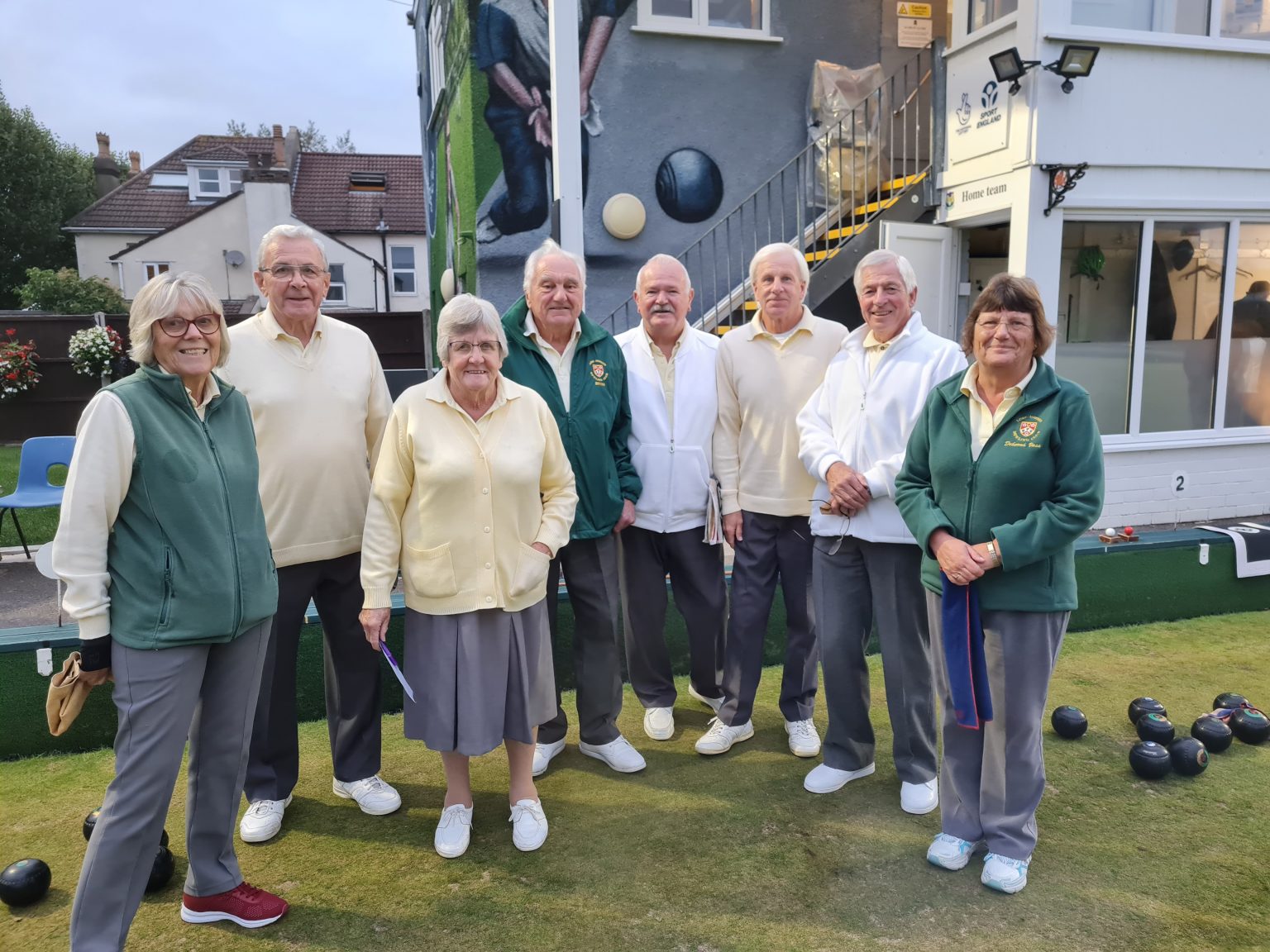 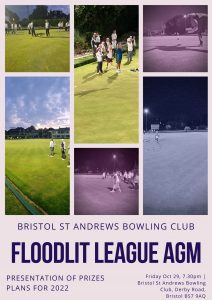 Our floodlit league concluded with Long Ashton winning the Division 3 title after a ‘winner takes all’ showdown with BSA B. Unbeaten Long Ashton won on both rinks to pick up a maximum 8 points. Like Avonvale in Division 2, Long Ashton won all their 4 matches (one was called off due to rain).

Avonvale are our Division 2 champions, having dropped just one rink in their five matches in the tournament. St Anne’s Park would have needed to overturn a huge shots difference and hoped Avonvale lost in both rinks but as it turned out, the runaway leaders took 8 points from their game against Henleaze.

Olveston are the winners of our Floodlit League Division 1, with Page Park 2nd and GB Britton squeezing out BSA for 3rd on shots difference. It has been five evenings of great bowls under the lights.

League gets off to a great start

Bowlers from 15 clubs have enjoyed the experience of playing under the lights as our inaugural floodlit league has begun.
The competition was featured on ITV Westcountry News on Thursday see HERE and BBC online HERE
Results and tables HERE
Schedule of matches HERE 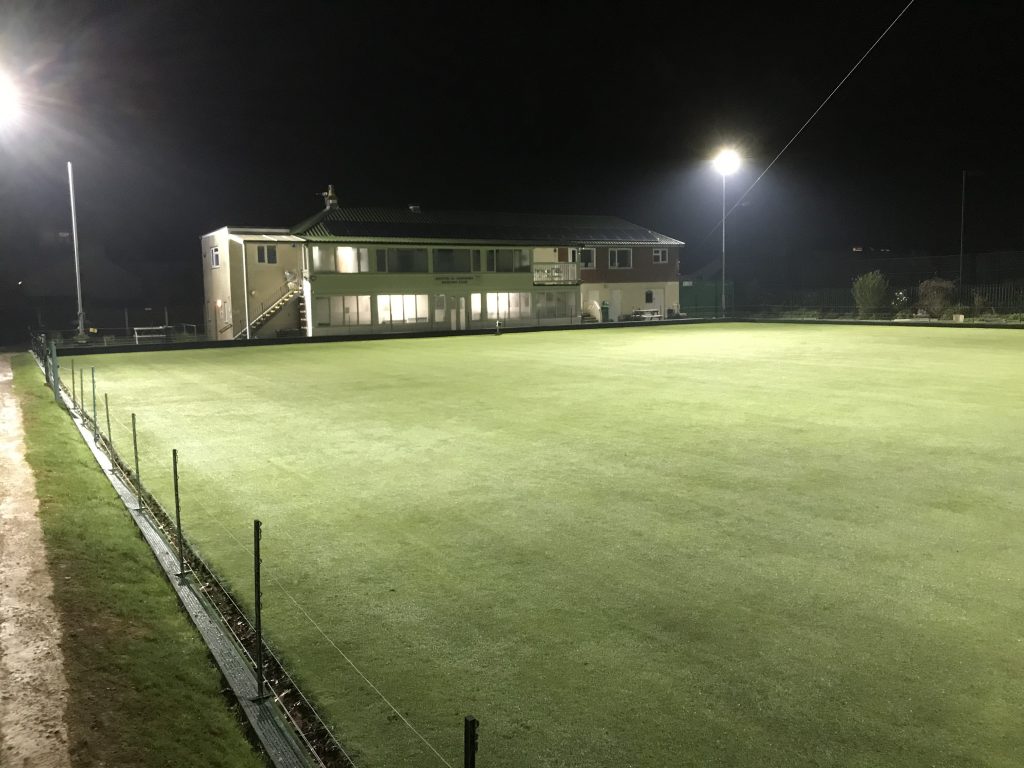 Bristol St Andrews Bowling Club was founded in 1924 and lies at the heart of the community on Derby Road in St Andrews, Bristol. Lawn bowling takes place on our bowling green between April and October each year and a full range of social events are open to members all year round. Thanks to a generous grant from Sport England we now have a fully floodlit green. The Club House has two fully licenced bars (with draft real ales, Guinness and premium lagers, wines, spirits and soft drinks), a skittles alley and two catering kitchens. New members of any age or ability are always welcome. We also welcome touring sides throughout the summer.

Want to find out more about playing bowls or our facilities?
Contact Us Today!